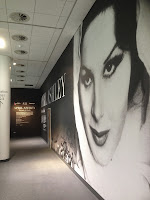 A couple of days ago, I visited the April Ashley Exhibition being held at the Liverpool Museum of Life at the Pier Head waterfront in Liverpool. This exhibition is on until 21st September 2014 and it is a portrait of lady who was born in Liverpool in 1935, a former Vogue model and actress was one of the first people in the world to undergo pioneering gender reassignment surgery. It views her  fascinating life in brief through images, video and in words too, including some private documents. Also it shows the albeit slow progress through the years of gaining acceptance too, not just for herself but also importantly other TG people too. 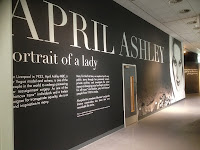 Being my home city, there was not much doubt I would visit the exhibition sooner or later, just a case of when. For those who are not familiar with the Liverpool Museum of Life, it is generally highlighting the history of the city through the eyes of local people in words, images and numerous exhibits too including Social, Armed Forces, Shipping, Music, Culture and much much more. To be honest there are not many locations that could justify a museum for that alone so in some ways, it is a unique museum in the UK and certainly one that is well worth a visit regardless of where you come from. 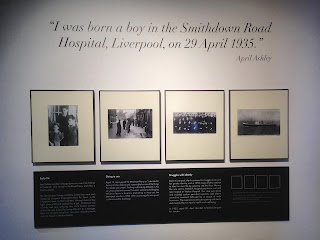 Anyway back to April Ashley’s exhibition which I found fascinating, informative and interesting. It includes many images and documents from April Ashley’s personal collection but also other people’s contributions also. In some ways, like a lot of Museum Exhibitions, they take a minimal approach in the exhibition were less is more so to speak so on first appearance, there does not seem much to view. But in reality there is quite a lot to view including a mini theatre showing a 20/25 minute clip of various April Ashley takes on some of her past encounters along with short clips from TV interviews with Michael Parkinson and Russell Hartley. One thing that stood out for me that it became apparent amongst the various struggles throughout her interesting life, she never seem to be short of money as she clearly got around the globe including some nice clothes to go with it. I accept there are many reasons for this but this just adds to her fascinating life story  at this exhibition. As part of my visit I took some images of the exhibition and these are included in this blog entry. 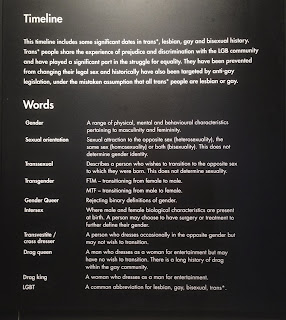 However, one part of the exhibition did slightly concern me, which was a “Timeline” board highlighting the different categories of words used to describe various people. Im my eyes, this a ‘labels” board which alot of us fight against as we are just “people”. I accept in some ways, we need words to attempt to describe some people but in this case, I’m not sure this was not necessary and in some instances, will continue to highlight the stereo typical image in joe public’s eyes. According to the board, I apparently come under the Transvestite / Crossdresser label BUT I do not see that nor do I agree. It is not as black and white as that!  I accept some may not agree with this but this is how I see it.

One thing for sure, if nothing else the April Ashley Exhibition does highlight the transgender cause so to speak to the public at large and certainly makes them aware that we are people / individuals after all. To me this is a good thing especially in my city and hopefully in time, better acceptance and understanding by all? I had noted, during my time at the exhibition, there were many members of joe public viewing it with great interest and heard nothing untowards while I was there - a good sign perhaps?

Further images of the April Ashley exhibition are below: 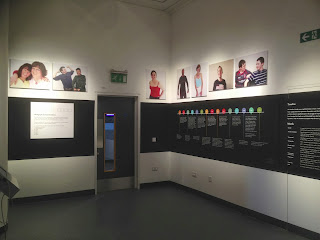 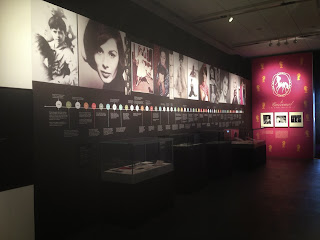 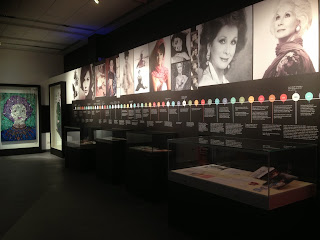 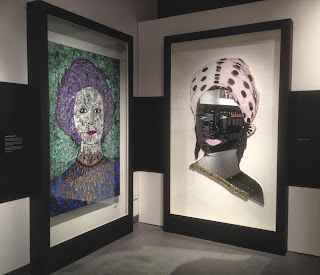 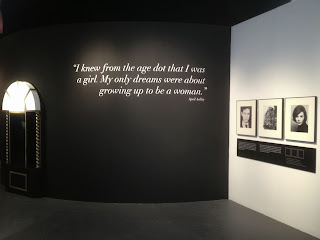 Kay Denise
North Cheshire, United Kingdom
This was my public blog were occasionally I had made a post about goings on in KD's life along with some ramblings of what ever nature that springs up. However, future entries will now be found in a new blog called 'K.D's Life and Ramblings', the link found in 'My Blog List'. Always looking to make new friends especially from the North West. If you read my blog, please feel free to make a comment or words of wisdom, as it would be welcomed (please press "No comments" link under the relevant post and a new "comment" box will open). Hugs to all. KD. xxxxx